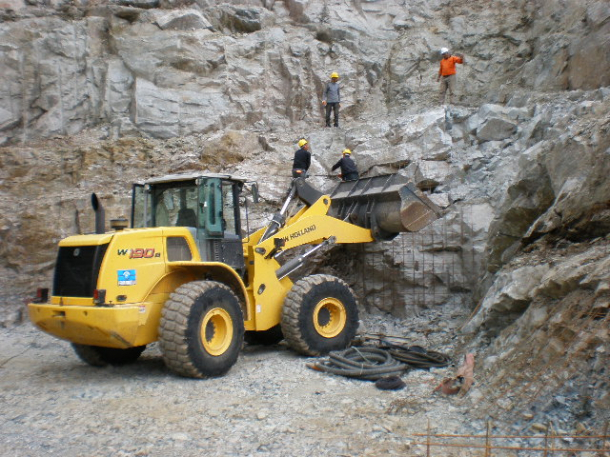 Rich source of mineral-raw materials is powerful economics. Due to the selfless effort of geologists of Azerbaijan firm foundation was created in order to establish mountain-field industry in several directions and continue its constant development.
- The exploration of iron, aluminum, zinc and lead ore deposits is not carried out as there are sufficient reserves of industrial importance.
- Sufficient fine metal reserve is determined in order to create gold extracting industry and its effective activity. Exploration, exploration-appreciation, prospecting works on this important direction are continued in Great and Small Caucasus, Talish and Nakchivan regions and explorations are carried out to define new industrial-genetic types of these deposits. Prominent successes were gained in exploration of deposits belonging to gold-sulphide formation with regard to organic combinations and complexness of ore processing was discovered in ore field of Goygol. The explorations are continued.
- Within Goygol anticlinorium of Small Caucasus, the gold keeping zone of 2000m was pursued and prognosis reserves and resources of gold and silver were counted with P1 (R3*); C1+C2 (R2+R3*) categories in cut of 7,2m thickness. North, north-east wings of the same zone, including also newly discovered gold maintaining zone were studied 500m and prognosis resources were counted with P1 category.
- On the territory of Geygeal and Goranboy districts, in the Kepaz are region were discovered Geygeal are area, which consist of 8 zones with prognosis resources ore – 360,0 tones and silver 1120 tones. The ore area located on the southern – east part of Geygeal district and cover about 4 km2. On this area were carry out nuclear – geophysical investigations and there are had found the numerous of metals of uranium group. In the material rocks average content of ore – 2,23 g|t. on the section Chiragdere of Geaygeal district average content are 0,01 %.
On the territory of Shamkir district were fount many occurrences of iron and copper. All taken samples were investigated in the laboratory of Ministry of Ekology and Natural Resources, in the laboratory of institute of Problems of Radiation of. Natioan Academy of Sciences and Special Laboratory “Izotop” of Ministry of Extremal Situations of Azerbaijan. Accordingly the results of investigations all samples content, in average, copper. 13,0, iron 25,0 %, and rare metals (Moscow) analized of sent samples and gave the next results^ 1,69 g|t of gold$ 0,02 g|t of palladium, 0,09 g|t of rodium and 359,09 g|t of platinum (one sample) – in the southern part of Khizi district, approximately, radioactive zone which has thickness 50-60 meters and has radioactivity 50-70 mkR|hour. For all parameters that zone has high perspectivity
-Gold keeping molybdenum-copper ore processing of middle capacity was found in ore zone pursued in 2,5-7,0 km distance of 7,0-20,0 m thickness in southern slope of Great Caucasus.
- Zones of molybdenum-copper of middle capacity and polymetal were determined in southern-eastern planting area of Great Caucasus and gold, silver ore processing zones in black schist according to the results of explorations of nucleus geophysics and furrow tests. As a result of additional explorations carried out, it was defined that this area had been more perspective to molybdenum and gold.
- Ore processing area of copper-porphyry type found in Alinjachay basin of Nakchivan AR was followed in 500m and 300m distance with regard to two cut and its prognosis reserves wee counted with P2 (R3*) category of molybdenum, gold like copper and adjoining components.
- Geological-exploration works are continued with the purpose to define industrial concentration of nickel, cobalt, bismuth, wolfram, arsine mineralization found in the region of Great Caucasus.
- In order to provide the need to construction materials in the account of local resources of raw materials, the exploration and prospecting of clay, sand-gravel, limestone deposits are in the focus of attention in the regions.
- 25 construction material deposits of different fixing were found as a result of exploration-prospecting works in the regions of Astara, Siyazan, Duvanli, Guba, Gobustan, Neftchala of Western area of the Caspian Sea in 2008. Including: 13 sand (A+B-2,4 mln. m3; B+C1+C2-3,0 mln. m3; C1+C2-6,4 mln. m3; C2-1,2 mln. m3;) 6 sand-gravels (C1-5,6 mln. m3; C2-10,4 mln. m3); 2 clays (C2-3,6 mln. m3); 1 marl (C2-5,0 mln. m3); 3 dolomites (C1 +C2-7,6 mln. m3). Total reports were drawn up on the said deposits in 2009 and also explorations of construction materials of different types were carried out in the districts of Imishli, Samukh, Oghuz, Balakan, Gobustan, Absheron, Shamkir, Shaki and as a result of this appearances of sand, sand-gravel, clay, limestone, cement raw materials, volcano ash, and clay of bentonite were found in 19 areas and appreciation works were started.
The exploration and appreciation works of resources of non-ore raw materials (seolite, dolomite) according to the requirements of mountain-chemical industry are continued in several regions.
In order to determine staged development program of strategic line of prospecting of the minerals, investigations are being continued by using the latest achievements of many-branched field geology. 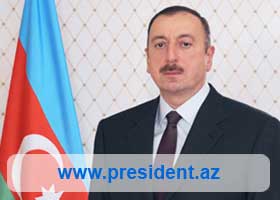